Learn how we remodeled this bathroom turning it into an award-winning master bath. Check out our before and after pictures to see the transformation. 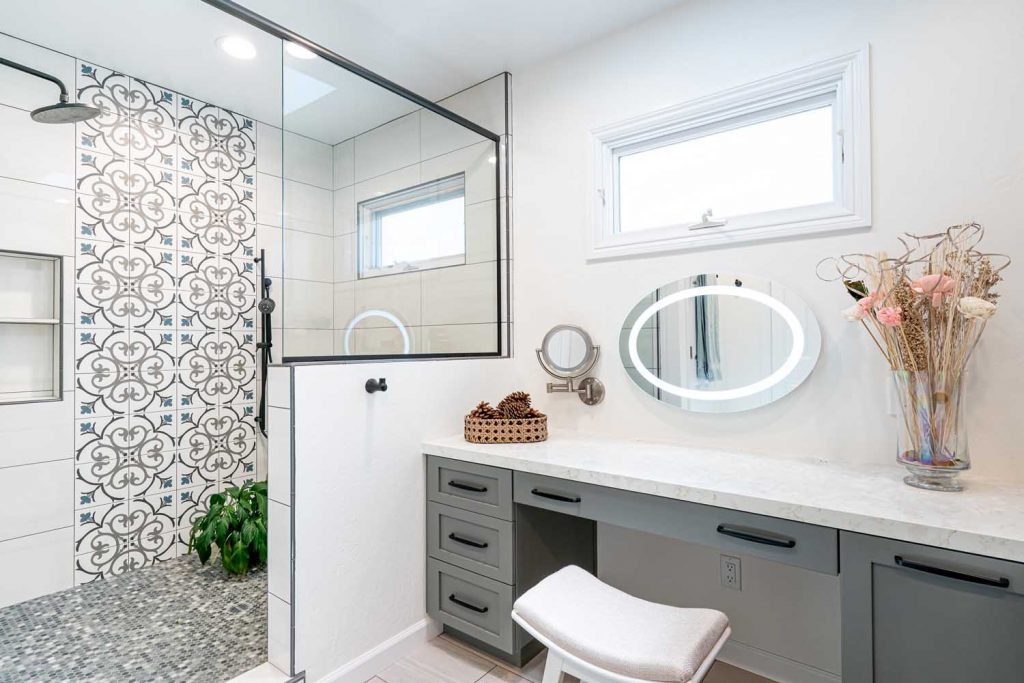 The master bathroom was dated and falling apart, but the general layout was quite functional. So, if this award-winning master bathroom remodel. We removed and replaced instead of relocating. 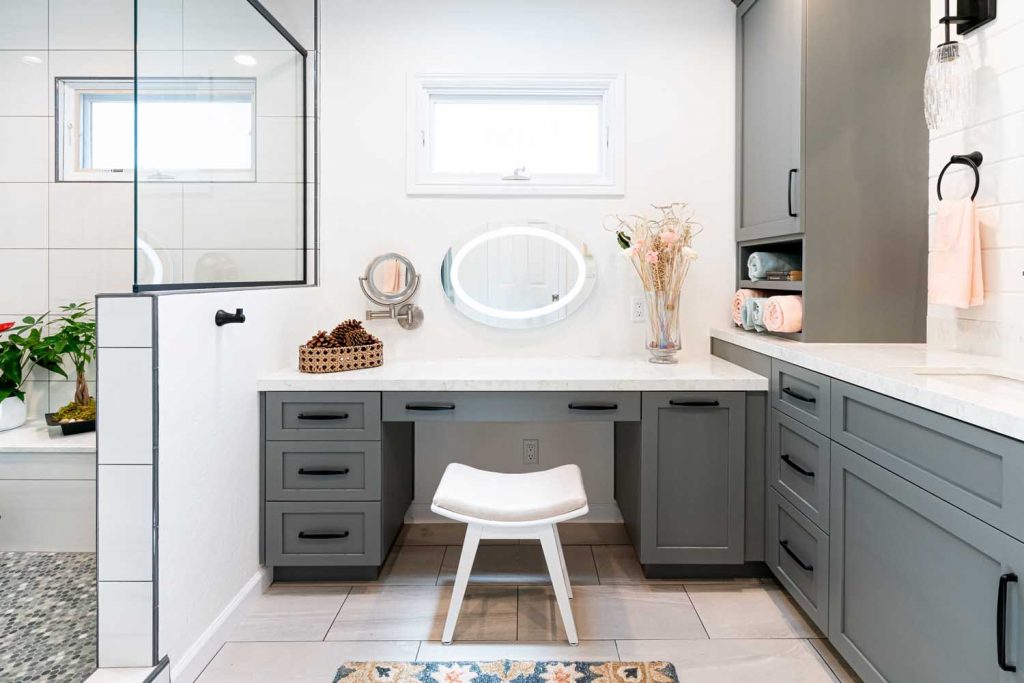 We upgraded the shower by adding a pony wall for a bit more privacy and a custom shampoo niche giving the overall space a cleaner look.

We removed the vanity and replaced it with more functional cabinets that provide more storage space. We also created custom storage to the vanity’s makeup area, giving the client a spot for hairbrushes, a hairdryer, sprays, and other beauty items. 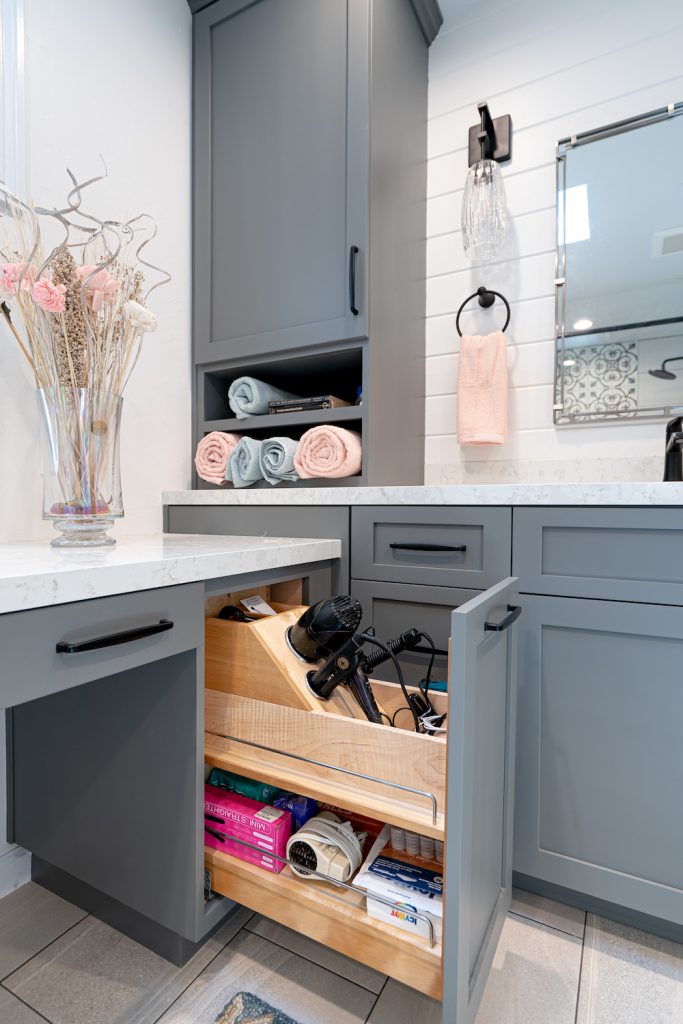 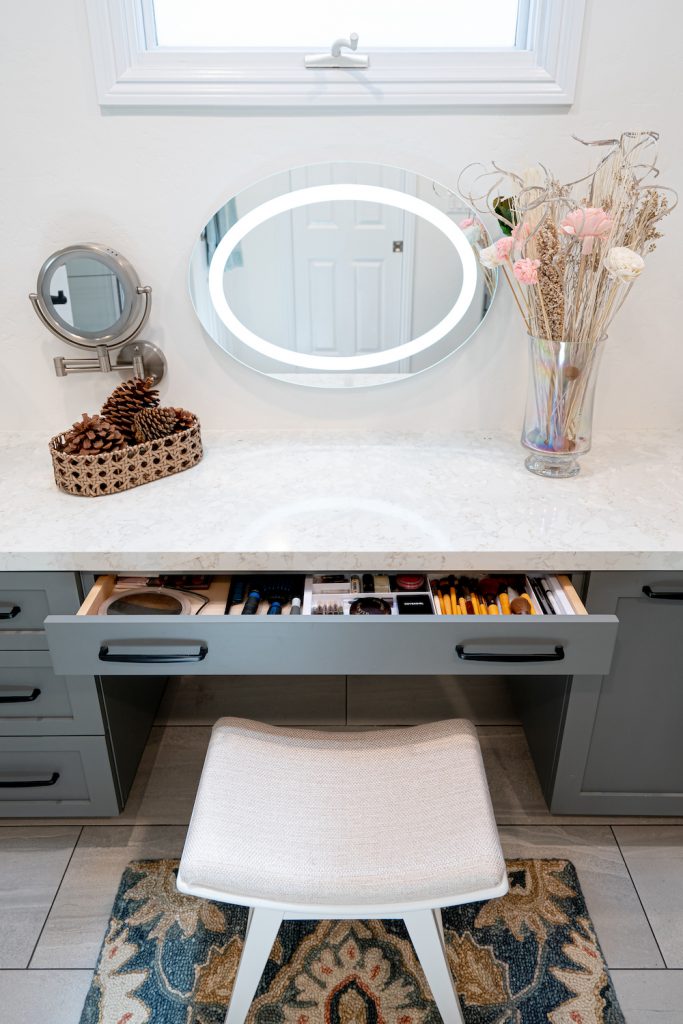 A home for all beauty supplies 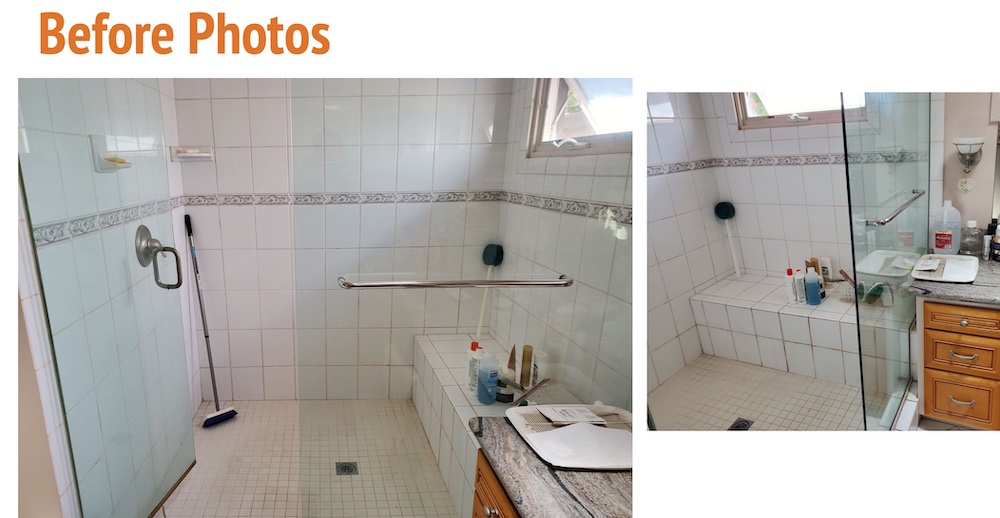 We kept the lines clean and the colors serene to ensure this space eased the mind and emphasized relaxation. We used whites and subtle blues/greens and a bold pattern placed in the center of the shower. White shiplap siding was used behind the sinks to add texture to an interesting plane. 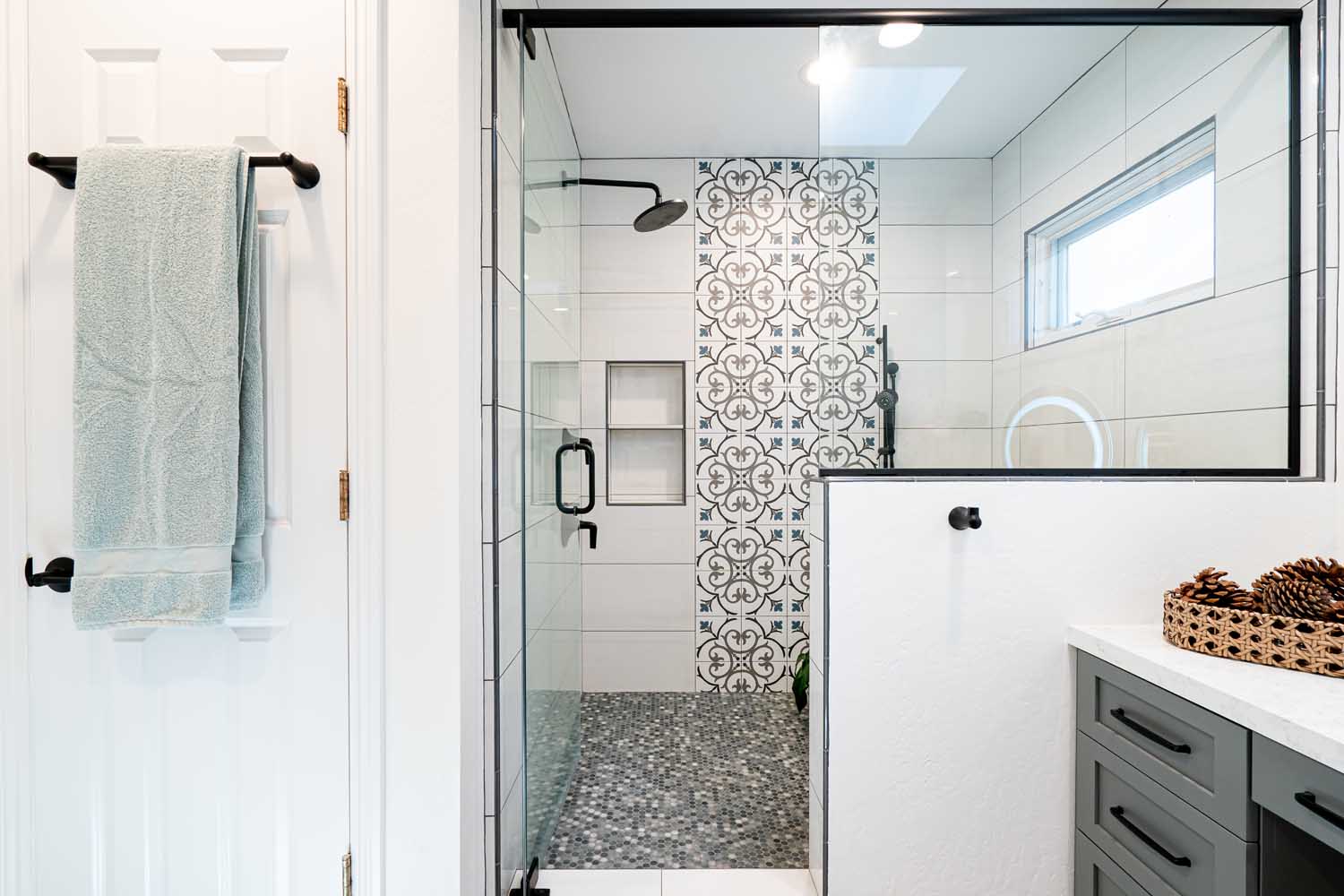 The perfect place to shower